Taxi Services For Women By Women Against Gender-Based-Violence. With South Africa being one of the most unsafe places for a woman in the world and Gender-based-violence (GBV) being a widespread problem which disproportionately  affects women and girls in Institutions, cultures and traditions, it makes absolute sense that women would want to create their own services that will cater to them as they are mostly abused by men.

Many South African women have been experienced some kind of abuse when they are using public transport such as taxis and trains. Women are tired of crying out to the government to help in end gender based violence and are coming up with their own solutions such as creating taxi services for women by women.

Ladies Own Transport – This is a taxi business that was founded by South African activist and entrepreneur Joanie Fredericks with the goal of tackling gender based violence in the Cape Flats, which is one of the most crime-ridden areas in the country. With the area being notorious for gangs and drug abuse, sexual violence is an everyday fear for women using public transport such as taxis in the area. “I’ve heard too many stories of women being raped in taxis, I always knew I wanted to do something about it, but a few weeks ago I heard someone I know personally has been raped and I thought I can’t wait a minute longer.” said Fredericks in an interview with the Thomson Reuters Foundation.

ChaufHer – This is a South African ride hail service company that connects female drivers with female passengers through its app. This company was founded by Daniella Wright to combat the growing danger and violence that has infiltrated the taxi industry especially against women. The company currently operates in Cape Town where it competes with Uber and Bolt, with Wright planning on expanding it to Johannesburg and Durban. “We are offering a completely different, premium service at very competitive rates.” in an interview with Independent Online.

WomenGo – Asiphe Mkhefa, an 18 year old high school student founded the WomenGo e-hailing taxi service that is for women only with the aim of keeping women safe from gender based violence. The taxi service has been widely welcomed by other women in Cape Town and calls for it to expand to other provinces have been made. Mkhefa has been receiving threats from taxi drivers claiming that she is stealing their customers; she is forced to face the same abuse that she is desperately trying to protect other women from. She told Independent Online that, “I just wanted to create a platform that ensures safety for women. I want them to travel in comfort and not be worried that they might not make it home in one piece.” 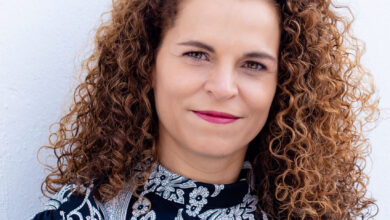