Top 5 SA Big Brands That Have SA’s Biggest Celebs Endorsing Them! A sponsorship deal or endorsement deal is an arrangement between a person with influence and a merchant with products or services with the goal of commercial return on investment. With celebrities having the power to influence masses of people, they have turned to endorsements as a lucrative venture is securing an income. Below are the top 5 SA big brands that have South Africa’s biggest celebrities endorsing them.

Castle is a South African pale lager. It is the flagship product of South African Breweries and has recently been recognised as the National Beer of South Africa, based on the fact that it is 100% grown and produced in the country, and for its ability to unite the community behind a common cause. The company is widely known for immersing itself into the urban youth culture as it works with celebrities to endorse the brand. The latest celebrity to score an endorsement deal with this company is South African rapper, songwriter, singer, composer, actor, entrepreneur, fashion designer and the founder and owner of record label “Cotton Club Records” Ricky Rick. This endorsement saw the two brands partnering to release a TV ad.

Cassper Nyovest just sealed a new endorsement deal with South African bank Nedbank, where his song ‘Tsibib’ will be used in one of Nedbank’s TV ad. Nyovest has always been known to partner with major brands that will help in advancing his career; therefore it can be assumed that the deal with Nedbank is very lucrative. Nedbank Group is a financial services group in South Africa offering wholesale and retail banking services as well as insurance, asset management, and wealth management. Nedbank Limited is a wholly owned subsidiary of Nedbank Group.

South African music and film star, Naakmusiq has brought the heat with signing an exclusive business venture with the makers of Royal Flush Luxury Gin imported from France. Naak whose real name is Anga Makhubalo will be in the driver’s seat as he embarks on this exciting adventure that sees him not just as an associate but part of the Royal Flush Gin brand. This exclusive and game-changing partnership is long term and will see the multi-talented star involved in all aspects of Royal Flush Gin. Naak as he is affectionately known will be actively involved in growing the brand as it is now part and parcel of who he is. Royal Flush Gin is packaged in a luxurious iconic black bottle with premium branding, exudes luxury and class all bundled up into one, making it easy to create memories to last a lifetime.

The brand is endorsed by Shona and Connie Ferguson. The couple was hired to advertise the latest Huawei matebookXpro and most of Huawei’s products, as they have a large influence in the country. The power couple is proud to be the ambassadors of Huawei in South Africa. Connie Ferguson is a South African actress, film-maker, producer and business woman. She is popularly known for her Karabo Moroka main role on South Africa’s most popular Soap Opera, Generations. Shona Ferguson is a South African actor and co-founder of Ferguson Films.

South Africa’s World Cup-winning rugby captain, Siya Kolisi was announced as MTN’s latest brand ambassador. The deal was negotiated through Roc Nation Sports and Kolisi will be working with the cell phone company on several campaigns over the next two years. Nomsa Mazibuko, general manager for brand and communication at MTN South Africa, said the brand partnership with Kolisi was a natural fit for them. 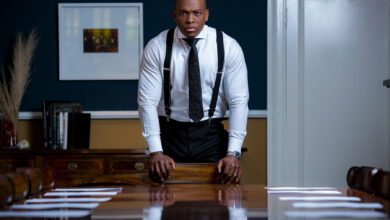