Meet Thandiwe Mlauli founder of Studio Yezi an animation studio that is officially announcing South Africa’s first independently produced and women-led afro-animation which will see Thandiwe as producer, director and showrunner. The production, titled SOLA will comprise of a series and short film based on the series.

Per the company’s official site, “Studio Yezi is a development and animation studio based in South Africa.”Yezi” is short for “inkanyezi” which means “star” in isiZulu. As a company, we intend to be a symbol of hope and light, we intend to serve the world with our storytelling.”

As the studio’s founder, Thandiwe is already carving out a unique space in the South African animation and entertainment industries that focuses on heart-warming local stories, diverse narratives and character representations, as well as nurturing and developing fresh local talent. Having graduated with a BFA in Producing for Film & TV from the New York Film Academy, the studio founder spent time in Los Angeles studying the international animation game by attending workshops like the first-of-its-kind, Black Women Animate Bootcamp in 2018 and returned to her home country having built a bad-ass network of like-minded creatives all over the globe.

Q: Why did you decide to venture into animation after achieving your BFA?

A: I’ve always really loved animation and in particular, Japanese animation. I’ve been obsessed with it since it was introduced to me in grade 10 by a classmate. They introduced me to Bleach.

In my final year in school, I had a thesis to do and I found myself uninspired by the topics I had been working on. Towards the end of the last semester, I switched it up and started again – against the advice of my thesis advisors. They were not here for it, but I needed something different.

I was processing my sister’s death, and nothing felt real. I wanted something that would connect me to her, so I decided to write what would now become SOLA.

After I graduated, I still had no fire to work unless it was SOLA related, so I decided to take a chance and give my all to animation. As soon as I made that decision, certain opportunities and experiences showed up in my reality, as if to confirm that I was on the right track.

Q: Would you say the current landscape of animation in South Africa is a true representation of audiences?

A: Absolutely not. Black and African people have been fans of fantasy, superhero, comic-book inspired stories and yet writers seem to forget us when they create. It’s so weird. Why don’t they see black people in the future? Is it some twisted fantasy they have? Either way, that’s not something I’m willing to let just happen.

The current landscape does not reflect us at all. But it will once we’re done doing our work. As black people, we want stories to escape into, to immerse into without having to imagine ourselves as another race to relate to the story. We want to see ourselves. I know this is very true for me, personally. That’s the void I know Studio Yezi is intending to fill.

Q: What do you think Studio Yezi contributes to the current South African Animation industry?

A: Studio Yezi stands out in South Africa and dare I say it: the world, because we focus on talent development. SOLA is a unique story – it’s something we are creating a-new and so intuitively.

I knew we had to approach our development in an experimental way. We, as a team, chose to spend about 9 weeks in rehearsals with the cast. We rehearsed virtually, the entire time. Both in groups, and individually. This allowed us to spend time with the cast and really dig deep into the emotions of the film and how to get the cast comfortable playing in that way.

We value our talent and are willing to invest time and energy into them so that they feel confident and give us their best performances.

We are a wild card. Our intentions are heart-centered and we intend to break new ground. There is nothing out there like us. In heart, spirit and creativity.

Q: Tell us about SOLA and where the story idea comes from?

A: SOLA is a story about a young girl who has her magical awakening in a country where having magic is deadly and dangerous. The core theme of this story is that even though we may be afraid to own and use our magic, denying it leaves us more vulnerable. As black people, the world seems to discourage us from being ourselves and yet it is being ourselves that puts us on our path of destiny.

Q: The production methodology of SOLA can be said to be innovative, unusual and contemporary – why is this?

As a company, we’re building a heart-centered business model. Our foundation is built on spiritual principles of connectedness, love, discipline and respect for people. We knew that the only way our passion would translate, would be if we embedded it in each one of our collaborators. We focus on efficiency, yes, like any other company. But we also focus on ease. My favourite way to respond to challenges is “no stress”. What I am trying to communicate is that no matter what the challenge is, we are all capable of overcoming it. I want to instil a sense of trust in self, with everybody. They should feel confident in speaking up, whether they are uncomfortable, or they have a note to share. The stage is theirs.

Q: Why the decision to make the funding for the making of SOLA a crowdfunding project versus pitching to entertainment companies?

A: This has all been an intuitive process for me. My intuition told me that I would be better off crowdfunding instead of pitching early. I didn’t want to lose my right to produce or even become a showrunner, which would have inevitably happened if I went the pitching route.

For Hollywood to let you be a showrunner, you have to have money or experience. I had neither. What I did and do have, is talent, discipline and heart for this story. I don’t believe anyone else can lead this production the way I can. If you speak to any of our collaborators, they can tell you the amount of attention to detail we have, how much of this creative process is my heart and soul. I didn’t want to sacrifice that for an early/easy come up. I would rather work harder, keep my rights and tell the story that my heart wants to tell. If crowdfunding is how I do that, then that’s what I will do.

Q: What can audiences look forward to in the SOLA short film and series?

A: They can look forward to a dynamic, and exciting show. We have wild, funny, sassy characters who really go through a lot to master the magic that lives within them. We hope audiences connect to them, see themselves in them, project onto them, all of that. This is new, fresh and exciting, and I pray it awakens the same feelings in our audience. We want to energetically break out of these oppressive structures we live in. What better way than through entertainment?

Studio Yezi – true to its founder’s nature – has launched an ambitious global fund-raising campaign (#MakeSOLAHappen) to complete the SOLA productions. Having already begun the development process thanks to independent funding efforts, Thandiwe and her team are giving everyday South Africans and lovers of representative story-telling all over the world, an opportunity to invest in a project set to make a mark not only in local animation but international territories too. Potential funders can visit www.studioyezi.co.za to make a contribution that will see the production team, cast and developers move closer to getting SOLA on national and international screens. 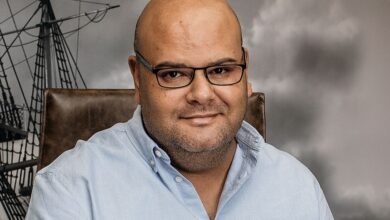 Interview With Businessman And CEO Of Mattfin: Lyle Ryan Irwin 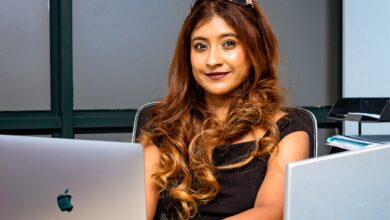 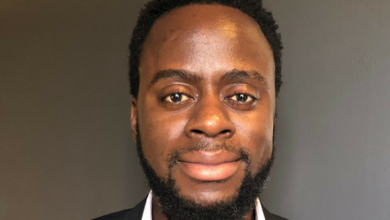 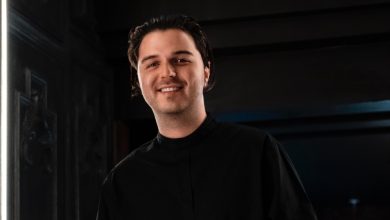