5 Things You Need To Know About Bill And Melinda Gates’ R2 Trillion Divorce! Bill and Melinda Gates have announced their divorce, “After a great deal of thought and a lot of work on our relationship, we have made the decision to end our marriage,” the two said in a brief statement posted on Twitter. “We have raised three incredible children and built a foundation that works all over the world to enable all people to lead healthy, productive lives.”

The pair, who commands an estimated $130 billion, (approximately R2 Trillion) according to Forbes Magazine, made no public hint of their financial plans, though they emphasised that they will cooperate on continuing their philanthropy.

According to Yahoo News, the couple filed for divorce in King County on Monday, an online search of court dockets shows. They have a separation agreement, according to a copy of a divorce petition posted by the website TMZ, which doesn’t elaborate on the terms. It calls their marriage “irretrievably broken.” Washington mandates a 90-day cooling off period from the day a couple initially files for divorce before the process can be finalised by a judge.

According to Forbes Washington, where the Gates family resides, is a community property state. That means all assets acquired by either party during a marriage are considered communal and typically split equally during divorce in the absence of a prenup. Though in Washington, the parties can agree to divide their assets in a way that is “just and equitable,” which can result in settlements that aren’t necessarily 50/50, Janet George, a divorce attorney at Washington-based law firm McKinley Irvin, told Forbes.

Take Jeff Bezos and his ex-wife MacKenzie; Jeff gave MacKenzie one quarter of his Amazon AMZN -2.3% stake in their divorce settlement. If Bill and Melinda did decide to split the fortune equally, Melinda would be worth $65.25 billion, which would be more than MacKenzie Scott, Amazon founder Jeff Bezos’s ex-wife, who is worth $59.8 billion. 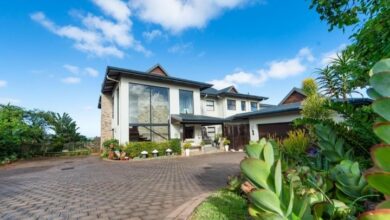