The Global Chip Shortage Forces Automakers Such As BMW To Halt Production. The global chip shortage is going from bad to worse with automakers on three continents joining tech giants Apple Inc. and Samsung Electronics Co. in flagging production cuts and lost revenue from the crisis.

According to Yahoo News, Honda Motor Co. said it will halt production at three plants in Japan; BMW AG cut shifts at factories in Germany and England; and Ford Motor Co. reduced its full-year earnings forecast due to the scarcity of chips it sees extending into next year. Caterpillar Inc. later flagged it may be unable to meet demand for machinery used by the construction and mining industries.

“It’s a fight out there and you have to be in daily contact with your suppliers. You need to make sure that you’re important to them,” Nokia Oyj Chief Executive Officer Pekka Lundmark told Bloomberg Television. “When there is a shortage in the market, it is things like how important you are in the big picture, how strong your relationships are and how you manage expectations.”

“The second quarter is going to be worse for automakers than the first quarter. The chip-shortage problem could end up lasting longer, maybe into next year.” Song Sun-Jae, an analyst at Hana Daetoo Securities Co. in Seoul told Yahoo Finance.

“Covid-19 is still a major consideration, but it is no longer the main bottleneck,” Canalys Research Manager Ben Stanton told Yahoo News. “Supply of critical components, such as chipsets, has quickly become a major concern, and will hinder smart phone shipments in the coming quarters.”

Yahoo Finance also stated that at Ford, the shortage will likely reduce production by 1.1 million vehicles this year, CFO John Lawler said on a call with reporters. The carmaker expects a $2.5 billion hit to earnings due to scarce chip supplies. Tesla Inc. CEO Elon Musk earlier this week called the chip shortage a “huge problem.” NXP Semiconductors NV said its expecting supply to be tight all year and warned constraints for the auto industry could extend into 2022.

How Overtime Secured $80 Million Funding From Drake And Other Investors 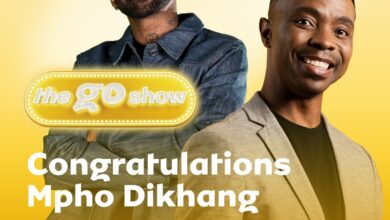